Is Your Leadership Team Talking About Twitter? They Should Be. 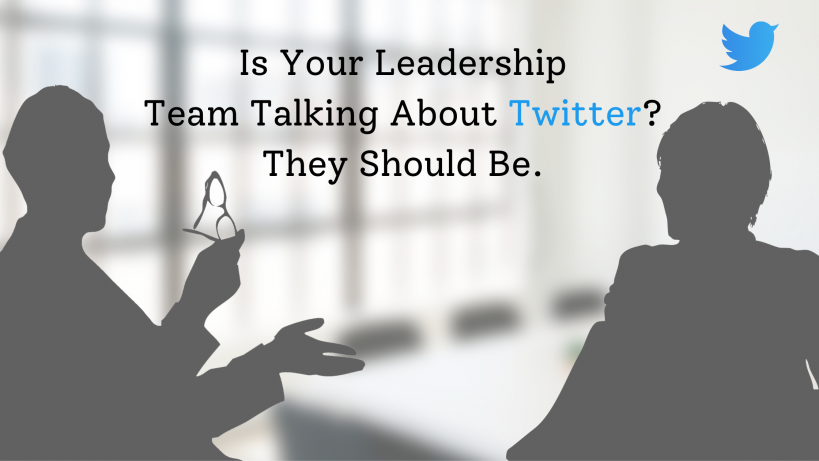 Over the last few weeks, the swift evolution of Twitter under Elon Musk has prompted a huge range of conversations about . . . well, everything. For individual users, it has raised conversations about everything from whether to embrace a new eight-dollar fee that earns payers a blue tick which indicates a verified account, to leaving the platform altogether. For corporate users – especially corporate advertisers – the conversation includes concerns about Musk alienating their customer base by reinstating former President Trump’s account, or wider concerns about supporting a platform that has less moderation. The latter has been part of the newest conflict between Apple and Twitter. Some of these conversations will feel like they only apply to a relatively small group of individuals who use Twitter extensively, not the average casual user. For corporate decision-makers, the changes that Musk is making and the reactions of some advertisers may mostly reflect a few high-profile, global consumer brands.

The Twitter situation is an opportunity for leadership teams, even ones not yet impacted.

But the reality for corporations is that the Twitter conversation is more relevant than many might realise. Elon Musk is, for better or worse, a fairly unique corporate personality, and the pace and scale at which he is making public-facing changes to an organisation the size of Twitter is fairly unusual. That said, what companies need to think about more actively, is a broader understanding of how the role of social media and corporate social responsibility has evolved. This isn’t the kind of business challenge today’s leaders studied in business school twenty or thirty years ago. The people who managed and mentored them through the late nineties and early part of this century did not face these questions. So today’s leaders are trying to navigate multiple new dynamics, and they need to begin to anticipate how they will react when – not if – it affects their company.

First, recognise that corporate actors are now expected to reflect the changing norms of our social landscape, and do it much more quickly than a governmental body might employ formal legislation. Second, companies must look at social media as both a huge influencer in public opinion of them, but also an effective platform for how they can help shape that narrative. Most of today’s leadership began their careers at a time when carefully worded PR statements and traditional print and television advertising were their primary communication methods. Most tried to avoid direct participation in political and social justice issues, leaving that for state actors. Today, many consumers make their purchasing decisions based on their perception of what a brand ‘stands for’ in terms of their mission, their corporate values, and their public statements on platforms like Twitter. It’s simply not feasible to ‘stay out of it’. Finally, the pace at which these changes can happen has accelerated tremendously, and reactions are expected by the public to be just as fast. Even if the Musk-led Twitter changes are happening at an exceptionally swift rate, leaders should be prepared that whatever their decision might be, they will have hours, days at most, to articulate it – and actualize it. (More than half of Twitter’s top advertisers had left within weeks of Musk’s initial changes.) Which is why now is the right time to assess where your leadership team stands.

Yes, the Twitter situation is relevant to you. Start planning now.

The coming weeks and months will be a good tutorial for corporate leaders on how changes at Twitter are received by their individual users and corporate advertisers. Those leaders who are not directly faced with decisions right now by these events should not ignore the conversation. Instead, an internal dialogue before it is urgent could help prepare the company for what their policy is when the time comes to make a decision. Do we leave a platform that allows what we perceive as hate speech, or misinformation? Do we know who our consumer base is and what their expectations of us are? How long will we have to make this decision? And how much time to implement it? What will it cost us? There isn’t necessarily a right answer or a right path that will fit all scenarios. What you can do, however, is have a process in place and know now where your team stands on these issues. Louis Pasteur said ‘Fortune favours the prepared mind.’ Leaders should wrestle with these issues now, as if they are imminent. Because one day they will be.

Category: Business, Leadership, Technology
Tags: Elon Musk, Social Media, Twitter
Previous Post
The Future of Workplaces Is Changing. Include Your Next-Gen Leaders in the Conversation.
Next Post
What Team Leaders Need Now. . .Is Self-Care in the Workplace. Here’s Why.