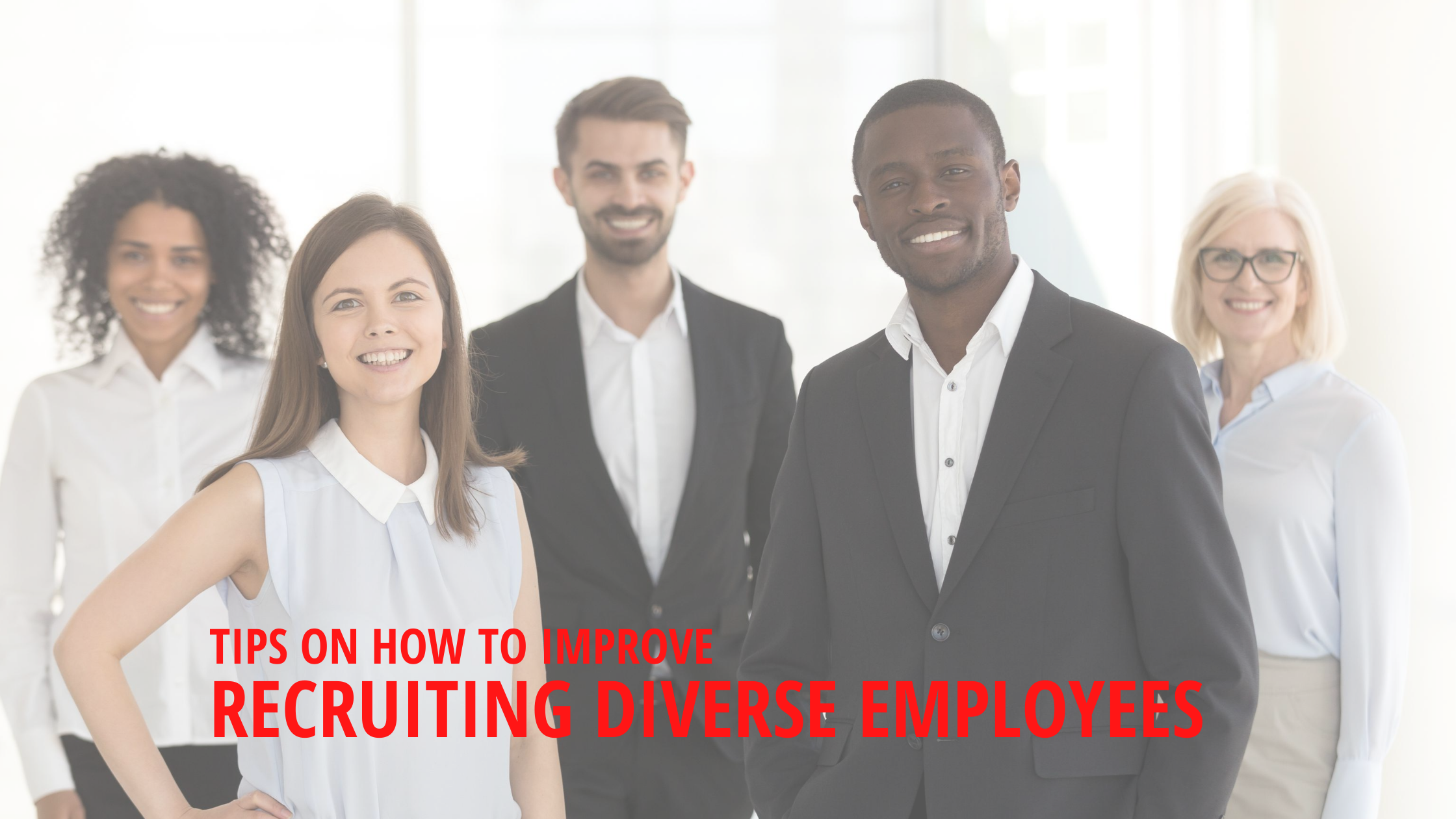 In the two months since the death of George Floyd, the Black Lives Matter movement has swept across America, and frankly, much of the globe. The conversations and the actions that have followed in the wake of Floyd’s death touch almost every element of daily life. Some are more momentous, such as the toppling of Edward Colston into the sea, others more nuanced in personal and professional circles. Many corporations are trying to take active measures to improve how they are recruiting diverse employees. But old patterns can be hard to change, even despite the best efforts.

How to improve efforts at recruiting diverse employees:

Limit referral hiring. Personal recommendations have historically played a generous role in hiring decisions. But the old adage “it’s not what you know, but who you know” might be more counterproductive to hiring than it appears. People tend to know others that are similar to them – fellow university alumni, or from the same area of the country, even same part of town. But that tends to reinforce historical hiring patterns. To avoid more of the same, you have to actively look for candidates outside of people’s existing networks. The obvious exception, of course, is your existing diverse employees. Where appropriate, their networks might be more likely to yield other candidates from underrepresented groups.

Actively pursue recruiting in areas that are majority minority. In the United States, the Democratic vice-presidential nominee, Kamala Harris, is a graduate of Howard University, a historically black institution. Corporations looking for quality candidates should consider that places like HBCUs (historically black colleges and universities) are more likely to be overlooked in favor of traditional high-prestige schools. But HBCUs often attract diverse talent because they offer a different experience – and clearly that talent includes alumni strong enough to even potentially lead a country, let alone a company.

Make diversity and inclusion infrastructure a high priority. Diversity and inclusion officer job openings dropped this spring and given the general economy shrinkage due to the pandemic, that’s hardly surprising. However, according to the Washington Post: postings for job titles such as “chief diversity officer” or “diversity and inclusion recruiter” dropped almost 60 per cent between early March and early June of this year. Compare that to the drop for human resources jobs overall, which fell 49 per cent, or job openings generally, which fell 28 per cent. Yet after the killing of George Floyd, those same diversity officer openings began to recover again quickly. This suggests that diversity and inclusion personnel are seen as expendable when times are lean, and it took a momentous event to make them a priority again. But cutting such positions is likely to impact the procedures and policies that such roles oversee. If you lose the person in charge of recruiting diverse employees, it stands to reason you will diminish the impact of the work they were doing.

At this point in time, it takes special efforts for recruiting diverse employees to be a real success. There are a lot of reasons for that, mostly historical and institutional barriers that have resulted in fewer people from underrepresented backgrounds graduating from university and being promoted up through the ranks. To simply have a generalised strategy that pulls so-called evenly across the board presumes a level playing field, that sadly, simply does not exist. Yet. But ideally, there will be a time when recruiting and hiring a workforce that reflects the community at large won’t require conscious efforts. Until then, we must each do our part to push ourselves in that direction.