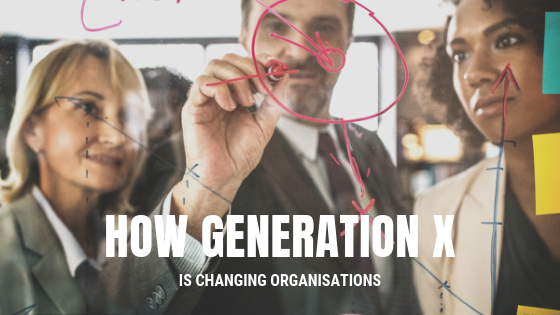 Jeff Bezos is, at the time of this writing, the wealthiest person in the world. Born in 1964, Bezos is on the cusp of Baby Boomers and Gen X. Some say Gen X started a year or two later, so you can find whichever definition you want to claim him or not. But you can’t deny the changes Amazon has brought to consumers and businesses, and Bezos aside, you can’t deny that Gen X is driving change in organisations more generally. The founders of Google were both born in 1973. Sheryl Sandberg, COO of Facebook, was born in 1969. Jack Dorsey, co-founder and CEO of Twitter (and payment processor Square), was born in 1976. While a lot is written about the way business operations and organisation is changing, it’s often linked directly and solely to Gen Y.

Gig Economics. In 2012, Forbes wrote an article which stated that “. . .Dorsey is a disrupter on an epic scale and a repeat offender.” At 35, Dorsey had not only changed how much you can say in 140 characters, but had turned your mobile into a cash point. Square introduced a simple, but explosive, payment solution with its ubiquitous (and initially free) credit card reader, a small plastic device you stuck into the headphone jack of your phone. And voila – every street vendor, dog walker and baby sitter could accept credit card payments without a till — or, walls, even. Although Gen Y has been more closely aligned with the gig economy, Gen X was quietly figuring out behind the scenes how to actually build an infrastructure to accommodate it.

Corporate Un-organisation. Gen Xers are rather famously self-deprecating (cue Wayne’s World: “We’re not worthy.”) and less likely to want the spotlight. Perhaps nowhere is that more true than in the organisational structure of Tesla, which has notably refused to release any official org chart or structure. Reportedly, CEO Elon Musk (born 1971) is driven by a desire to keep the organisation as flat as possible. He wants the focus internally and externally to be on the product, not the people. Gen Y might be better known for challenging authority and hierarchy, but Gen X is driving change in organisations by simply dismantling the corporate ladder. To be fair, Musk himself is known to be both charismatic and demanding, but it will be interesting to see if other companies begin to reduce their emphasis on leadership as a proxy for signs of success.

Work perks. There are numerous studies that indicate that Millennials lead other employees as most interested in non-monetary work benefits. Gen X may have been less vocal about what matters most in the early stages of their career, but as leaders, they have implemented and emphasised many non-financial rewards of a traditional job. At Zappos, founded by X-er Tony Hsieh, those benefits also reflect another Gen X trait – multigenerational fluency. The company perks range from those targeting health-conscious Gen Y (think 24/7 onsite gym, multiple kitchenettes to whip up your Paleo lunch) to free health insurance, which can be a particular concern for aging Boomers.

Minority rule. There’s no question that Gen Y is a more diverse and more integrated generation of workers than any before it. That has furthered the promotion of female, minority and LGBTQ employees. But while the numbers of Gen X leaders from those groups are lower than many would like, it may be their start-up mentality that helped create avenues that exist today. 55% of startups were founded by Gen X. By being their own boss, they created new companies that didn’t require navigating traditional obstacles to promotion. Many of those traditionally excluded from the C-suite simply went out and built their own. While Gen X is not known for getting (or wanting) the spotlight, that doesn’t mean they lack confidence or ambition — and the desire to be rewarded for it.