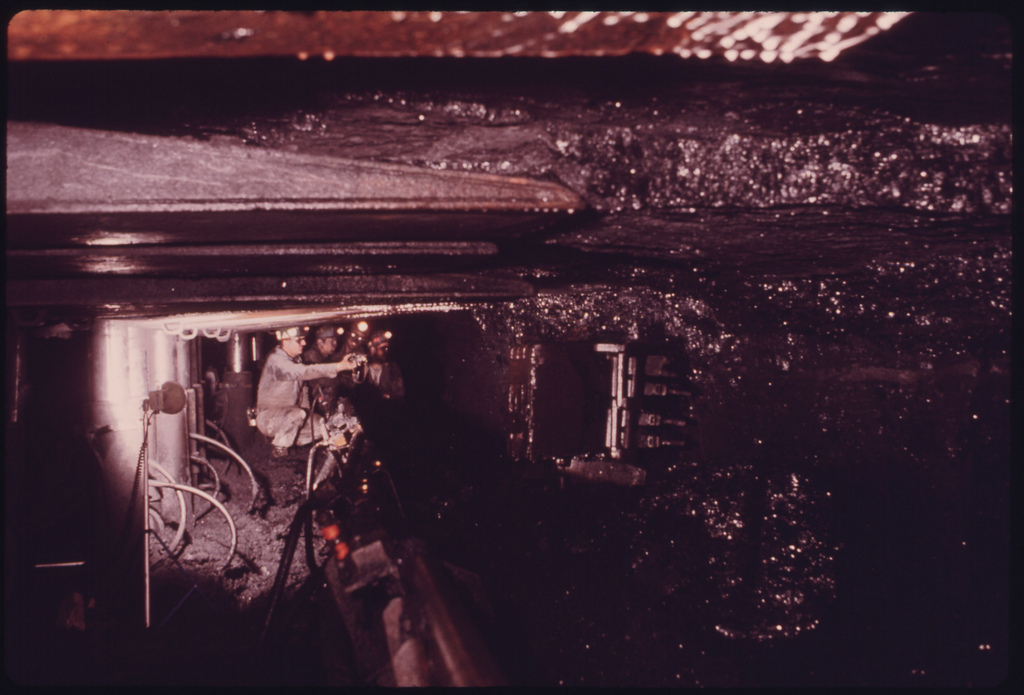 I am only one of two corporate psychologists I know of who has worked at the bottom of a coal mine, let alone one in a remote part of Africa.  There I learned three important lessons about decision-making, teams, leadership and social impact.

I place a high value on rolling up my sleeves and getting out in the field to actually see customers and products in action. If I didn’t, I would become distanced from reality

I once had a client in the mining industry.  While working out in the field with some of the leaders, my colleague Bill and I had the opportunity to go to the bottom of the mine and see what was happening ‘at the coal face.’ Three things I learned there still have had a profound impact on my work.

We arrived early in the morning, and to be honest, I was more than a bit excited about this site visit.  It was a bit of a departure from a typical plant floor and therefore seemed like a modern-day adventure.  It may sound a bit trite but, as a kid, I was fascinated by stories of explorers. The relatively soft life of a corporate psychologist doesn’t allow for much excitement or adventure.

We spent what seemed to be an inordinate amount of time in safety briefings.  As we were getting fitted out in uniforms, boots, helmets and safety equipment it was explained what to do in case of an emergency. We then started our descent through a series of elevators down into the bowels of the earth.  Once arriving at the bottom we again had further safety briefings and were taught how to use emergency breathing equipment.

At one point the safety supervisor had us turn off our cap lamps for a moment. He wanted us to know how dark it would be if a problem occurred and we had to try to make our way back to the station without the aid of light. I had never experienced such darkness before. Pitch black. Even on a dark night or in a dark room you can sometimes make out a shadow.  Not here underground.

We were then escorted to the coalface.

We arrived at the coalface and were moved to one side for another safety briefing.  From here we could safely observe the bustle of activity. As I watched the blur of men, equipment, rock and coal I briefly removed my ear protection to hear the immense sound being created as the earth was being roughly eviscerated. Our time as  ‘corporate tourists’ was nearing its end and we slowly made our way back to the surface.  As we did I remembered the stories of my grandfather and great-grandfather from when they worked in the coalmines.  I couldn’t imagine having had the job of these miners now let alone 100 years ago.

What were the three lessons I learned that day?

The visit reinforced for me, in a visceral way, the importance of context in executive decision-making.  Above ground, and in the safety of a corporate boardroom, a slight ‘haircut’ to budget on necessary equipment may seem minor and prudent.  Likewise, appointing an executive with a riskier decision-making profile might seem a sensible way to bring in new ideas to the team.  But do these decisions match the context? Failure to undervalue context in this situation could potentially be catastrophic. Seemingly relatively minor decisions, when one is farther removed from the action, can lead to devastating unintended consequences.  Away from the ‘coal face’ business leaders must never lose sight of the context of their decisions.

Teams must have trust

The best teams look after their members, they create an environment of trust. Once we went underground we became part of the underground team that day.  The frequent safety briefings were as much for Bill and myself as they were for everyone else underground.  One team member not knowing what to do in an emergency could put lives at risk.  In those conditions the team members had to trust that everyone had each other’s back and knew what to do should there be a problem.  Above ground and in the boardroom, an individual’s action in a crisis situation may not have the immediate impact as it would below ground. But the results may still be catastrophic. Team leaders are responsible for building trust on their teams.

Everyone has a responsibility for the community

Over a cold drink later in the day, Bill and I discussed our adventure. We were having lunch in the town many of the workers were from.  It was isolated. The next nearest town was at least an hour’s drive away.  Here lived the wives, mothers, sons and daughters of the men we had just been underground with.  Any decision made by the corporate executives that affected the mine workers also affected the people in this community.  CSR (Corporate Social Responsibility), Conscious Capitalism  and triple bottom-line reporting (People, Profits, Planet) must be an integral part of decisions in order for a healthy eco-system to be maintained.

But while this appears to be common-sense it can be easily, and naturally, dismissed. In what is now a classic experiment, Yale Psychologist Stanley Milgram showed that the farther removed an individual was from the person being impacted the less empathy they displayed in their decision-making.  Back at the corporate headquarters, business leaders must make an extra effort to maintain empathy with both the environment and the communities they serve. After we washed off the coal dust, Bill and I realized we couldn’t quite get it all off. Despite rubbing and scrubbing, enough dust remained on our eyelids to appear as if we were wearing eyeliner.  With some very real lessons of teams and leadership fresh in our minds, Bill and I wore our ‘eyeliner’ proudly.